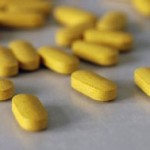 If you aren’t getting enough vitamin B12, it is indeed very important – and you may very well not be thinking about it.

One reason you aren’t thinking about it is that we tend to fall in (and out!) of love with one nutrient at a time (such as vitamin C, beta carotene, lycopene and so on), and vitamin B12 isn’t the nutrient du jour. But the other reason you may not be thinking about it is … because you can’t. A deficiency of vitamin B12 can limit your ability to think clearly about anything!

Like all vitamins, B12 is an organic compound, made from carbons (as opposed to minerals, which are inorganic), and essential for our normal metabolic function and health. Also, like most vitamins, B12 plays a wide variety of roles in our metabolism. The short list of important effects B12 has on your health includes these:

Each of these effects is obviously quite important, especially #3. When B12 is deficient, our DNA cannot replicate normally – meaning we can’t generate new, healthy cells. As a result, vitamin B12 deficiency can mimic all of the effects of aging.

Common manifestations of vitamin B12 deficiency include weakness, numbness and tingling, fatigue, dizziness, swelling and irritation of the mouth and tongue, and irritability. Anemia can develop, as noted, but a high intake of folate can compensate for a deficiency of vitamin B12 and prevent anemia.

The most serious manifestation of B12 deficiency is impaired brain function, due to the effects of B12 on nerve cells. Advanced B12 deficiency causes dementia severe enough to resemble Alzheimer’s disease. Generally, though, the dementia caused by B12 deficiency is completely reversible with supplementation. While folate can prevent B12-deficient anemia, it cannot prevent the dementia – only B12 itself can do that job.

Vitamin B12 is found in animal foods (and fortified cereals), so vegans are vulnerable to deficiency.  But the most important cause of deficiency has to do with the unique way B12 is absorbed. To get into the bloodstream, B12 must be escorted by a protein called intrinsic factor, produced by cells of the stomach. Many disorders of the stomach, such as gastritis, particularly common after age 50, can interfere with the production of intrinsic factor. This condition is called pernicious anemia.   Medications that affect the stomach – such as aspirin, antacids and proton-pump inhibitors – can also interfere with intrinsic factor production and result in B12 deficiency. The commonly used diabetes medication, metformin (Glucophage), can do so as well.

For garden-variety B12 deficiency, due to inadequate intake from food or supplements, oral supplementation suffices to fix the problem. But pernicious anemia cannot be treated with oral B12, because the lack of intrinsic factor will prevent absorption. The appropriate treatment is B12 injections your doctor must provide. In some cases, genetic mutations can limit the ability to metabolize B12 as well, in which case you will need to get the active form, called methylcobalamin, instead of the more common cyanocobalamin.

Health-care professionals are, of course, taught to be on the lookout for B12 deficiency, particularly in patients over age 50 with suggestive signs or symptoms. But health care is at its best when both clinician and patient are on the ball! I encourage an empowered, assertive role for all patients.

If you are at all concerned about the possibility of B12 deficiency in yourself, or a loved one, ask … before you forget the question!