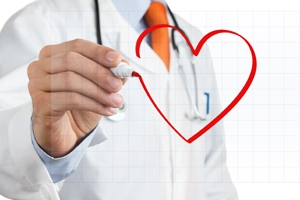 Cholesterol is a very misunderstood molecule.

And though many people might not be aware of it, there has long been a vocal minority of doctors,
researchers and health professionals who believe that cholesterol and fat have been wrongly convicted
as the primary promoters of heart disease. Along with many of our fellow health professionals, we believe
that this emphasis on cholesterol has caused us to take our attention off what we believe to be the true
promoters of heart diseases – inflammation, oxidative damage, stress and sugar.

We believe the evidence against cholesterol as a causal factor in heart disease is much weaker
than was previously believed, and we make our case in our new book, The Great Cholesterol Myth,
complete with hundreds of medical references from peer-reviewed journals. We also believe that
the statin drugs given to lower cholesterol are being over-prescribed, and are not without
significant side effects.

Cholesterol is needed for life. It’s the parent molecule for all the major sex hormones, including estrogen,
progesterone and testosterone. It’s needed for the immune system, and it’s needed for the brain. (In fact,
one of the most serious side effects of cholesterol-lowering medication is memory loss.)

As we stated on the show: “Trying to prevent heart disease by lowering cholesterol is like trying to reduce
calories by taking the lettuce off your [hamburger].” It’s not that the lettuce doesn’t have any calories – it’s
that it’s the wrong target.

And cholesterol is the wrong target if you’re trying to prevent heart disease.

Belief in the “Great Cholesterol Myth” has caused us to neglect the real causes of heart disease while
obsessively focused on an innocuous molecule that’s essential for life and that we believe has only a minor
role in heart disease.

The Great Cholesterol Myth is really a series of related myths that impact everything from our diet to the
way we treat heart disease. Here are several of what we believe to be the biggest ones:

Myth: High cholesterol is a good predictor of heart attacks.

Fact: High cholesterol is a terrible predictor of heart attacks.

More than half the people admitted to hospitals with cardiovascular disease have normal cholesterol, and
plenty of people with elevated cholesterol have perfectly healthy hearts.

Myth: High cholesterol is the cause of heart disease.

Fact: Cholesterol is a fairly insignificant player in heart disease.

Inflammation is the primary cause of heart disease. Here’s what happens: Small injuries in the lining of the
arteries become inflamed. Small, dense, oxidized (damaged) LDL-B cholesterol particles (among other
things) get trapped at the site of the injury; oxidative damage and inflammation increases, ultimately creating
a kind of toxic brew that can turn into plaque. Only oxidized, small-particle LDL cholesterol is a problem, and
it’s only a problem when there’s inflammation.

Myth: Lowering cholesterol with statin drugs will prolong your life.

Fact: There is conflicting data on whether statins have any impact on longevity.

The majority of cholesterol-lowering studies don’t show any difference in death rates between patients who
take statins and patients who don’t. In the PROSPER study, statin use in women with known heart disease
resulted in a small reduction in mortality from heart disease; however, this was offset by additional deaths
from cancer and other mortalities, so the overall net “gain” in terms of lives saved was a big fat zero.

Fact: Statin drugs have significant side effects, including loss of memory and libido, muscle pain and fatigue.

University of California San Diego researchers found that the majority of doctors dismissed some important
side effects that may have been caused by statins. Approximately 65% of doctors in their study missed
some side effects or failed to connect some complaints with the medication. Meanwhile, side effects such
as forgetfulness, loss of sex drive, fatigue, and muscle pain and worse continue to be reported.

Myth: Statin drugs are appropriate for men, women, children and the elderly.

Fact: The only group in which statins have been shown to have even a modest effect is in middle-aged
men who’ve already had a heart attack.

A 2004 study in the Journal of the American Medical Association by Judith Walsh, MD (4) found that statin
drug treatment to reduce cholesterol in women provided no mortality benefit. A 2007 study claims there is
no evidence to show that giving statins to women keeps them free of heart disease, and statin drugs have
never been tested long term on children.

Myth: The higher your cholesterol, the shorter your lifespan.

Fact: In the Framingham Study, the people who actually lived the longest had the highest cholesterol.

Myth: A high-carbohydrate diet protects you from heart disease.

Fact: Diets that substitute carbohydrates for saturated fat may actually increase the risk for heart disease.

A study by Dariush Mozaffarian of Harvard found that in postmenopausal women, greater saturated fat
intake was associated with less progression of coronary atherosclerosis, while carbohydrate intake was
associated with a greater progression. This finding was so suprising that the American Journal of Clinical
Nutrition published an editorial called “Saturated Fat Prevents Coronary Artery Disease? An AmericanParadox.”
The Mozaffarian study, published in the American Journal of Clinical Nutrition, found that replacing saturated
fats with high-glycemic index carbs was associated with a 33% increase in heart attack risk.